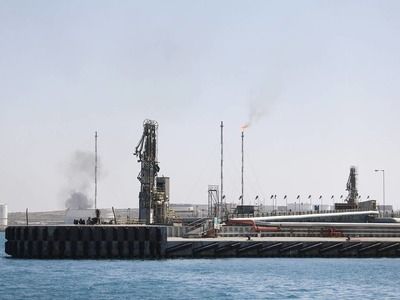 Media: Oil Production in Libya Could Fall 16 Times Due to Blockade of Ports

Fuel and energyOilInternational activitiesEvents
OREANDA-NEWS. The volume of oil production in Libya may decrease from 1.2 million to 72 thousand barrels per day due to blockade by the Libyan National Army (LNA) field marshal Khalifa Haftar of oil terminals. This was reported on Monday by Bloomberg, citing a representative of the National Oil Corporation (NOC) of the country. Thus, oil production may fall by 16 times.

On January 18, the NOC announced the force majeure situation after the cessation of oil shipment from the oil crescent terminals (coast of Sirte Bay). According to the corporation, this will lead to a loss in oil production of 800 thousand barrels per day and daily damage of $ 55 million.

On January 19, a specialized information portal informed about the closure of the largest oil field in Libya, Ash-Sharara. According to Bloomberg, daily production on it was approximately 300 thousand barrels per day.
Source: OREANDA-NEWS
Материалы по теме: