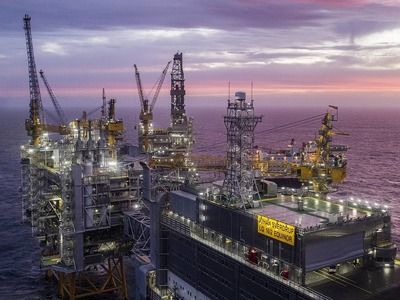 Fuel and energyOilInternational activitiesState finance
OREANDA-NEWS. The Norwegian energy company Equinor will reach the production level of 470 thousand barrels per day by the beginning of May as part of the first stage of operation of the largest shelf offshore field in Norway, Johan Sverdrup. Previously, such an indicator was planned to be achieved by mid-summer, the company said.

March production volumes at the field amount to 430 thousand barrels per day. Equinor notes that the break-even price of field development will be below $ 20 per barrel, and expected operating costs below $ 2 per barrel. Production at the field is able to generate positive cash flows even during a period of low oil prices, the report said.