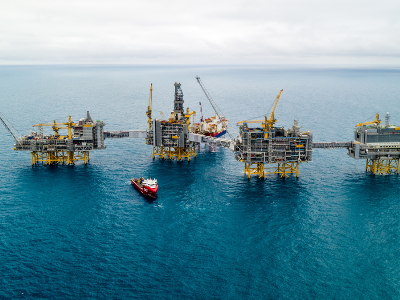 OREANDA-NEWS. Bloomberg agency reports, citing sources, that Norway is preparing to deliver a powerful blow to the international oil market by launching increased supply of fuel from the new field Johan Sverdrup located in the North Sea.

Such an increase in supply will further worsen the situation in the global oil market. Amid the coronavirus pandemic and the oil crisis, consumption fell by 25 %. Thus, the market has already formed an excess of 25 million barrels per day. However, the owners of Johan Sverdrup intend to increase production. According to experts, it can be profitable even when a barrel of oil costs less than 20 US dollars.
Source: OREANDA-NEWS
Материалы по теме: