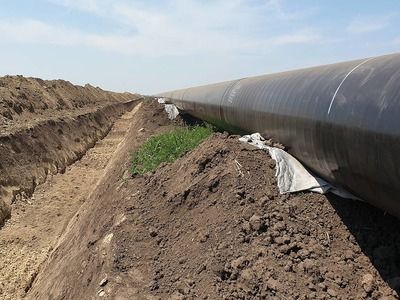 Fuel and energyOther transport activitiesgasInternational activities
OREANDA-NEWS. Serbia has completed pipe laying on its section of the Turkish Stream gas pipeline. This was announced on Wednesday on RTS national television by Dushan Bayatovich, general director of Serbiaagaz.

"The IDC company (Infrastructure Development and Construction), whose main partners are Serbiagas, as well as Belarusian, German, Italian and other companies, we are talking about an international consortium, built all 403 km. Passed under the Danube, Tisa, Morava, walkways under all channels, railways are completed, pipes are connected. In the near future we are waiting for the completion of work at measuring stations. Yes, we can gladly state that Serbia does its part when it comes to laying pipes, on the interconnector section “Bulgarian border - border Ve Ngrii, "completed, work completed", he said.

According to Bayatovich, the work is on schedule with minor deviations. "I want to tell you that our advisers - the American company Bilfinger and the German company ALF - told us that in this work we together with Russian companies were three times more effective than what happens on average among leading European companies", said the CEO Serbia gas.
Source: OREANDA-NEWS
Материалы по теме:

Bloomberg Announces New List of US Sanctions on Nord Stream 2