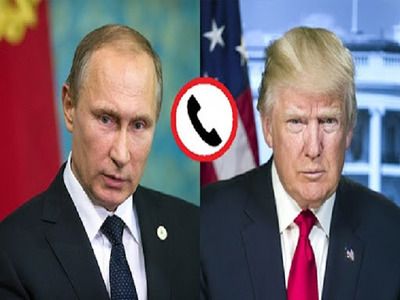 Fuel and energyOilInternational activitiesInterstate relations
OREANDA-NEWS. Russian President Vladimir Putin, after a conversation with U.S. President Donald Trump and Saudi King Salman bin Abdel Aziz Al Saud, had a separate telephone conversation with the American leader, during which they exchanged views on the situation in the oil markets and on strategic security. This was announced on Sunday by the Kremlin press service.

"There was also a separate telephone conversation between Vladimir Putin and Donald Trump. The exchange of views on the situation in the oil markets continued. The transaction in the OPEC+ format on reducing oil production was once again noted. Actual issues of ensuring strategic security were also considered", the press service said.