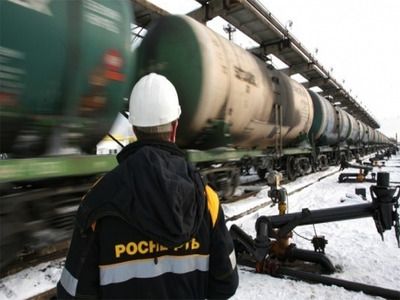 Rosneft, Gazprom Neft and Lukoil May Supply 0.6 Million Tons of Oil to Belarus

According to the agency, Rosneft registered for delivery to Belarus about 460 thousand tons of oil, Lukoil - about 80 thousand tons, Gazprom Neft - about 50 thousand tons. At the same time, the companies of the Safmar group, which alone continued to supply raw materials to Belarus from the beginning of 2020, have not yet completed paperwork.

Earlier, the official representative of Transneft, Igor Demin, said that the company began supplying oil to the refineries of Belarus in accordance with the issued route instructions. Last week, four oil companies of the Russian Federation, which were traditional suppliers to the republic, began to draw up documents for delivery to Belarus. In total, Russian companies filed applications for April in the amount of about 1 million tons.

Last week, Rosneft announced that it had signed contracts for the supply of oil with Belarusian refineries, deliveries will be carried out on previously announced terms by the company - with a premium of $ 5 per ton.
Source: OREANDA-NEWS
Другие новости: