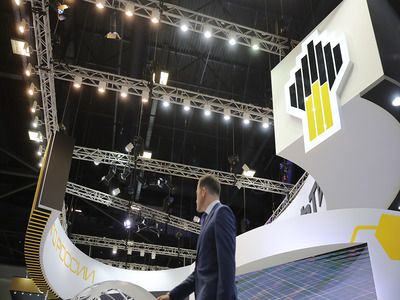 Rosneft's Net Profit Grew by 29% over the Year

Fuel and energyOilFinance accounting and auditStock market
OREANDA-NEWS. In the fourth quarter of 2019, Rosneft's net profit attributable to the shareholders of the company amounted to 158 billion rubles, which is almost 30% lower than the result achieved in October-December 2018 (225 billion rubles). At the same time, by the end of 2019, in general, net profit in ruble terms increased by 29%, from 549 billion rubles. up to 708 billion, follows from the report of the company, drawn up in accordance with international financial reporting standards.

The increase in net profit for the year according to the press service of Rosneft is explained by the positive dynamics of operating profit, as well as a decrease in financial and other expenses. The head of Rosneft, Igor Sechin, whose words are quoted in the message, noted that in 2019 the company “was forced to work in the context of a number of negative factors and market uncertainties”, to which he attributed, in particular, to the volatility of market oil prices.

According to the results of the second half of 2019, shareholders can be paid about 191 billion rubles in dividends. Such a payment may set a new record for the size of half-year dividends in the history of the company.
Source: OREANDA-NEWS
Материалы по теме: