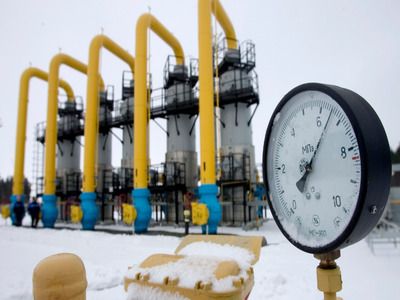 Fuel and energyInterstate relationsgasEvents
OREANDA-NEWS. Russia and Ukraine have signed agreements for the implementation of gas transit. This is stated in a statement by the head of Gazprom Alexei Miller. “At the same time, a whole set of agreements and contracts was signed, and these agreements are really a big package deal that restored the balance of interests of the parties”, Miller said. From today, the documents take legal force and ensure the transit of Russian gas through Ukraine after December 31, 2019, the head of Gazprom added.

According to the company, four parties signed the package of documents: Gazprom, Naftogaz Ukrainy, the operator of the Ukrainian gas transmission system and the Ukrainian Ministry of Justice. Gazprom and Naftogaz concluded an irrevocable settlement agreement, according to which the parties will withdraw all arbitration and legal claims against each other. The document also says that they will waive all possible claims for gas supply and transit contracts dated January 19, 2009.

The current gas transit contract expired on December 31, 2019. The last round of negotiations began in Vienna on December 26. The parties could not agree on the terms of the deal for a long time, in particular, due to the fact that Kiev wanted to conclude an agreement for 10 years, while Moscow proposed to extend the current contract or conclude a temporary one.
Source: OREANDA-NEWS
Материалы по теме:

The Chairman of the Committee of the Bundestag, Norbert Rettgen, Proposed to Introduce a Moratorium on the Completion of the «Nord Stream – 2»