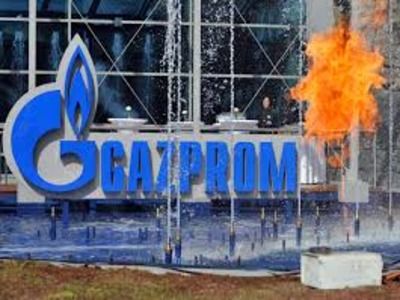 Shares of Gazprom Increased by 3.3%

Fuel and energyStock marketgasInternational activities
OREANDA-NEWS. Ordinary Gazprom shares rose at the opening of trading on the Moscow Exchange on Wednesday by 3.3% compared with the closing level of the previous session, to 195.93 rubles per share. This is evidenced by the data of the trading platform. Positive dynamics of the shares is observed after a record growth on the eve, when the papers of Gazprom went up by 16.4% and set a new historical maximum. The reason for the growth was the news that the company’s management offered to pay dividends for 2018 in the amount of 16.61 rubles per share, which is more than two times higher than in 2017.

At the same time, as of 10:15 Moscow time, the shares of Gazprom slowed the growth to 195.57 rubles, which is 3.1% higher than the level of Tuesday's trading close. The board of directors of Gazprom will consider the issue of the amount of dividends for 2018 at a meeting on May 21. The final decision on dividends must be approved by the company's shareholders at the annual meeting to be held on June 28, 2019 in St. Petersburg.

The growth of shares occurred after the message that the board of Gazprom offered a new dividend rate for 2018 in the amount of 16.61 rubles per share, which is more than two times higher than in 2017. At the same time, against the background of the growth, Gazprom shares took third place in terms of capitalization, overtaking Lukoil. As of 16:17 Moscow time, Gazprom’s capitalization with a 8.7% increase in shares amounted to 4.3 trillion rubles, while Lukoil’s capitalization amounted to 3.9 trillion rubles with a 2.7% drop in shares, to 5 221 rubles for the paper.