Experts Have Named the Best Shopping City in Russia 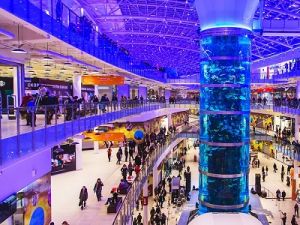 OREANDA-NEWS  A large-scale study was presented by analysts of JLL-Retail Destination Russia. Moscow, St. Petersburg and Yekaterinburg topped the rating of Russian cities, where it is most convenient to make purchases of non-food products and receive quality services.

The authors of the study note that several key indicators were taken for the analysis. Thus, experts assessed the presence of 250 major Russian and international brands, the purchasing power of local residents, as well as the saturation of megacities with retailers.

It should be noted that the study affected all segments of the retail industry, except for grocery stores. It was attended by 37 major cities with a population of more than 500 thousand people. The analysis showed that the key factor is the presence of large shopping centers. It attracts famous brands.

First place went to Moscow. The capital has a commanding lead in the list of the busiest retailers of the cities of the country. There are all without exception brands included in the study.

The second place in the ranking experts gave to St. Petersburg. 78 percent of the studied brands are represented in the Northern capital. Quite a bit behind Ekaterinburg. Brand saturation of the largest Ural city is 62 percent.

According to analysts, these cities managed to enter the top 3 not only because of the population and the level of its income, which directly affects the demand and purchasing power. One of the main factors was the large number of modern shopping centers and advanced trading formats.

At the same time, according to forecasts, in 2019 in Russia, about 1.3 million square meters of retail space will be introduced in the shopping center. This is 2.5 times higher than last year, when there was a record low volume of such a proposal. In 2018, Russia built a little less than 500 thousand  "squares" of retail space in the shopping center.

Krasnodar take a high fourth place in the ranking. Recall that last year the city was recognized as a millionaire. The highest saturation of quality shopping centers is registered here. For every thousand Krasnodar residents on average there are more than 750 square meters of retail space.

Next in the ranking are Rostov-on-don, Kazan and Novosibirsk. Experts note that the average salary there is lower than in the cities located in the list below. Consequently, there is lower and purchasing power of the population.