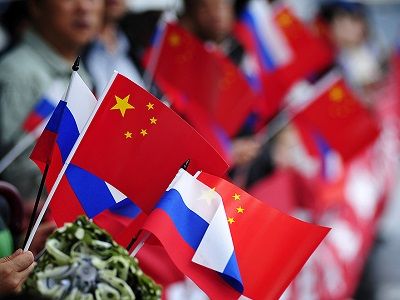 OREANDA-NEWS  Trade between Russia and China in January-September increased by 25.7%. Such data are given in the report of the General customs administration of China. According to the document, the trade turnover between the countries for the period increased to 77.15 billion.

At the same time, trade between China and the United States in January-September 2018 increased against the backdrop of the ongoing trade war by 12.1% compared to the same period last year, while China's surplus reached a record level, according to data published on Friday by the General customs administration of China.

In September, the trade turnover between the two countries amounted to 59.26 billion dollars, China imported goods to the US by 46.69 billion, while imports from the US amounted to only 12.56 billion.

Thus, China's trade surplus, which was one of the main reasons for the trade war with the US, increased even more in September, reaching a record $ 34.13 billion.

The trade war between China and the United States began when mutual increased customs duties came into force on July 6. The US imposed a duty of 25% on imports of 818 items from China with a total supply of 34 billion dollars a year. As a counter-measure, China imposed a 25% duty on imports of an equivalent volume of us goods on the same day.

In August, the US imposed a 25% duty on imports of Chinese goods worth $ 16 billion. Immediately after that, the Chinese side introduced similar measures. The US is unhappy with the trade imbalance between the two countries, which, according to Washington, is 500 billion dollars in favor of China. Beijing, in turn, considers the imbalance a consequence of the US domestic economic policy.