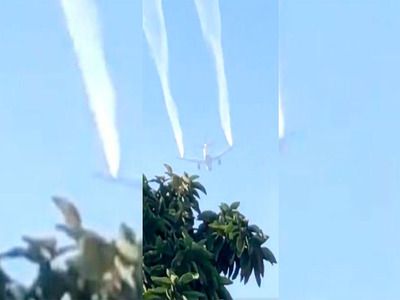 TransportAirports, air-traffic controlAir transportIncidents
OREANDA-NEWS. The number of injured in the jet fuel dumped by the crew of a Delta Air Lines passenger aircraft above the Kadahi area near Los Angeles, California, increased to 44 people. This was announced on Tuesday by the Los Angeles County Fire Department.

This service on its Twitter said that the fuel got into the territory of four elementary schools. The total number of victims is 44 people, including at least 20 children. Firefighters cite reports of Associated Press journalist Stephanie Dazio that the real figure has reached 56 people. All of them refused hospitalization and were sent home after first aid. Previously reported 26 injured, including 17 children. The evacuation of people from the emergency zone wasn't required.

According to the United States Federal Aviation Administration (FAA), it's "conducting a thorough investigation of the circumstances" of the incident that occurred during the flight Los Angeles - Shanghai with Delta Air Lines. The crew of the aircraft gave an alarm after departure from the Los Angeles airport, the plane returned to the departure point and landed without incident.
Source: OREANDA-NEWS
Материалы по теме: