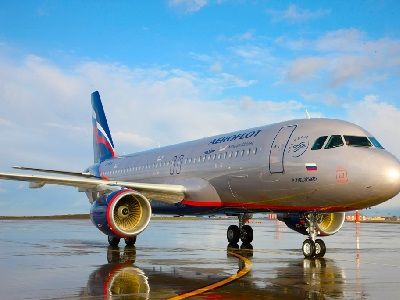 OREANDA-NEWS Since the beginning of June, airlines have been legally able to make black lists of passengers. "Aeroflot" included three people in the black list during this time. They will not be able to fly Aeroflot flights during the year. The list will also include four more passengers, the airline's CEO Vitaly Saveliev told reporters.

This is the first case of getting into the black list after the adoption of the relevant law.

"Unfortunately, we have opened a black list. Now in the black list are three passengers: two passengers who staged a riot on the flight Moscow-Alma-Ata, they decided on administrative punishment. They won't fly Aeroflot for a year. And the third passenger - a passenger on which a criminal case (under article 213 of the Criminal code). He did not just make a brawl, he also insulted our crew," - said Saveliev.

"Four more passengers are in the procedure of blacklisting," he added.

Since June 4, Russia has entered into force several amendments to the legislation (the Civil code, the administrative Code and the Air code), which allowed airlines to bring passengers to the black list and then deny them the sale of tickets for their flights.

Previously the airline conducted an internal black list. For example, Aeroflot had more than 3 thousand people in it. However, there are no legal possibilities to influence the actions of the carriers were not.

At the same time, in some cases, the airline will not be able to refuse to sell tickets, said the General Director of Aeroflot. In particular, if the destination can not be reached by any other way except air traffic. The company is also obliged to sell a ticket if a person goes to the place of treatment, accompanies a disabled passenger or flies to the funeral of a relative. "But it must be proved, it is not so simple," - said Saveliev.

According to this information, if in the black list includes the passenger business class, all their privileges deprived off.