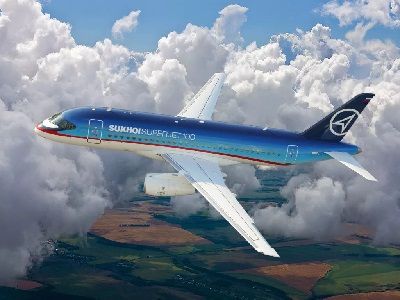 The agreement is planned to be signed on September 10, a Federal official told the newspaper. Delivery dates are not yet known.

The aircraft will be used as part of Aeroflot's new strategy to create regional hubs. The plans for the development of hubs in June were reported by the General Director of Aeroflot Vitaly Saveliev.

The short-haul SSJ100 is the first civilian aircraft to be built from scratch in Russia. "Aeroflot" – the largest operator. In 2005 Aeroflot signed a contract for the supply of 50 aircraft SSJ 100. The first liners began to arrive to the carrier in 2011, and at the moment the airline uses 49 "Superjet". The last aircraft under the contract is expected to arrive this year. "Sukhoi civil aircraft" was released at about 160-170 ships SSJ 100.

Previously, there was information that Aeroflot considers "Superjet" as a social burden. Sources told about the problems with the after-sales service of aircraft due to lack of spare parts and long delivery times. As the managers of Aeroflot said, there were cases when the airline used no more than a third of the fleet of these aircraft.

This order could be Aeroflot's largest transaction in a decade. The cost of a hundred Airliners, according to the estimates of the top managers of the two leasing companies-more than three billion dollars. According to the interlocutors, Aeroflot plans to lease the SSJ100 for 12 years, and the new agreement may cost about $ 2.46 billion in lease payments.

In late August, it became known that the airline "Yakutia" thought about abandoning the SSJ 100 due to defects in aircraft. In 2016 the use of liners refused Red Wings.