Antonio Banderas Is Infected with Coronavirus

Cyprus Agreed to Raise Taxes on Capital from Russia 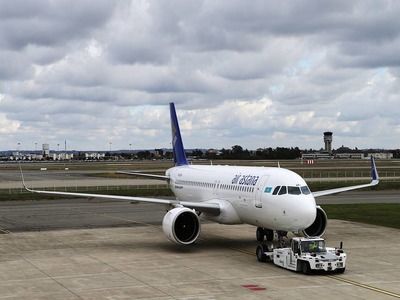 TransportInternational activitiesAirports, air-traffic controlAir transport
OREANDA-NEWS. Air Astana is considering launching flights from Kazakhstan to New York via Pulkovo. This was reported to reporters by airline president Peter Foster. The idea of ​​introducing the seventh degree of freedom of air in Pulkovo, which in the future will allow foreign airlines to fly to St. Petersburg Pulkovo airport (and from it) not from the "home" region, is currently being discussed.

“Indeed, we have such plans [for using the open skies regime in Pulkovo]. In particular, given the recent changes in the policy regarding air transport, the company is considering such plans for a flight between Kazakhstan and New York. Of course, this is the case not only in Pulkovo, certain international agreements between Kazakhstan and the Russian Federation should be signed. It's of interest to us, we are considering such plans", he said.

At the moment, the Ministry of Transport and the Pulkovo operator, “Air Gate of the Northern Capital” (VVSS), are considering introducing the seventh degree of “air freedom” regime in Pulkovo. The initiative is supported by Deputy Prime Minister Maxim Akimov. This freedom enables the carrier to operate flights between two foreign countries without an intermediate landing in the home region.