Zakharova: Creation of Anti-Terrorist Center of RF and Georgia Did not imply the Participation of NATO 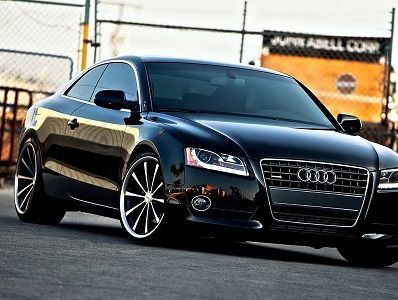 OREANDA-NEWS  Due to possible problems with the protection of electronics from moisture from the Russian market recall 7095 Audi cars, according to the website of Rosstandart.

"On Audi vehicles with 2.0 TFSI engines released in a certain period, moisture may penetrate into the electronic components. This can lead to overheating and failure of the additional coolant pump," the report said.

The Department said that the review concerns the machines that were sold between 2012 and 2017, their VIN codes (*pdf) is on the website of Rosstandart. We are talking about models Audi A4, A5, A6 and Q5.

Authorized representatives of Audi manufacturers will inform the owners of Audi A4, A5, A6, Q5 vehicles subject to the review by sending letters and/or by phone about the need to provide the vehicle to the nearest dealership for repair work. The vehicles will be replaced with an additional coolant pump and the engine control unit software will be updated additionally. All works will be carried out free of charge for the owners.

"The vehicles will be replaced with an additional coolant pump and an additional update of the engine control unit will be carried out," said Rosstandart, noting that car owners will not pay for repairs.

Earlier in late October, the company "Volkswagen Group Rus" announced the recall of 618 cars Audi A4 and A5, implemented from 2017 to 2018. On vehicles with TFSI engines of 1,2 and 1,4 l, it is possible to spread the tightening torques of the fuel rail screws. This can lead to loosening of individual screws during machine operation. On vehicles subject to recall, the propellers of the fuel rail will be checked.