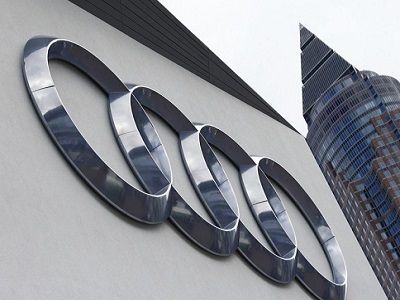 Audi Will Pay €800 Million in Connection With the Diesel Scandal

OREANDA-NEWS   Carmaker Audi will pay €800 million in connection with the manipulation of indicators of emissions of harmful substances in diesel cars. This was reported on Tuesday by Volkswagen group, which includes the company.

"The Munich Prosecutor issued an administrative order against Audi ... in the context of non-compliance with the requirements for V6 and V8 diesel engines and vehicles manufactured and distributed by Audi. The order provides for a fine of 800 million euros ... Audi AG recognized the fine, " - said in a statement on the website of Volkswagen.

Volkswagen explained that the decision on the fine was made by the Prosecutor's office of Munich. "It includes €5 million as prescribed in the law of the highest degree of punishment for negligent violation of the rules, as well as €795 million for illegal receipt of economic benefits", - stated in the statement.

"Audi AG has agreed with the decision on the fine" - said in the Volkswagen.

The concern expects that its payment "will directly affect the financial performance of Volkswagen and will be an "additional negative factor" that will affect the data for the 2018 financial year.

In June, law enforcement agencies of Germany in the investigation of fraud arrested the now former head of Audi Rupert Stadler.

The past years were marked by loud revelations around diesel cars. Initially, the center of the diesel scandal was Volkswagen, in 2015 it turned out that the cars of the concern were equipped with software that allowed to underestimate the content of harmful substances in the exhaust gases. Thanks to this system, everything looked so that the cars fully met the accepted standards. In fact, they were several times higher than the established limit level of air pollution.

Carmaker Volkswagen, a division of which is Audi, previously accused in the United States that it is equipped with diesel cars software, underestimating the actual emissions of harmful substances. The American government ordered the concern to recall 482 thousand cars of Volkswagen and Audi brands sold in the country in 2009-2015. In April, Volkswagen agreed to buy the company's cars from consumers and pay them compensation.