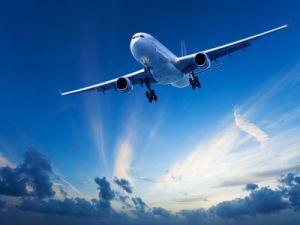 OREANDA-NEWS. Direct flights between Sochi and China opened on the eve of the New Year, the Russian media reported on Monday at the press service of Sochi International Airport named after V. I. Sevastyanov. "Air traffic has opened. The first plane flew", the press service said, adding that previously it was possible to fly on this route only with transfers via Moscow.

According to the press service, flights will be operated from Sochi once a week on Sundays, with high demand from March 2020, an increase in their number is expected to four. The flight time will take about 8 hours, flights will be carried out by iFly Airlines on aircraft with a capacity of 345 people. For groups of citizens of both states, visa exemptions will apply. The initiator of this project was the gambling zone "Krasnaya Polyana", as one of the priority areas of its development is to attract a foreign flow of tourists.

"China will be a good help for the entire tourism infrastructure of Sochi. These are people who will visit all possible sights of our resort with organized tours. First of all, they are interested in the entertainment component, so the gambling zone becomes a natural magnet for them", the press service of the resort said. "Krasnaya Polyana" the words of the director of the development of the gambling zone Dmitry Anfinogenov.

The number of guests of the gambling zone in 2019 amounted to more than 700 thousand people, of which 124 thousand 469 were foreigners. This figure is 42% higher compared to last year, while the number of foreign guests was 87 thousand 176 people.