More than 400 Russian Pilots were Suspended 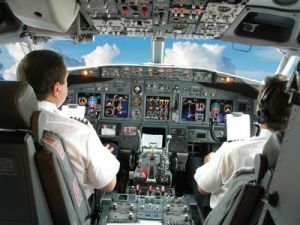 OREANDA-NEWS. More than 420 pilots had to be suspended from flying for the year in Russia because of the violations revealed by them.  This was announced by official representative the Prosecutor General Russian Federation Alexander Kurennoy.

According to Kurennoe, the key issue of transportation safety is the level of training of pilots, so the prosecutor's office checks the educational institutions of civil aviation.  The department for these inspections office sent to the Ministry of Transport, Rostransnadzor and Rosaviatsiyu, said the representative of the prosecutor's office.

Earlier, Prosecutor General of the Russian Federation Yuri Chaika said that since 2017, as a result of prosecutor's checks, 550 pilots have been suspended from flights.  According to him, during supervisory checks, facts of incomplete passage by flight personnel of training programs and the lack of necessary personnel and material support in educational organizations were revealed.