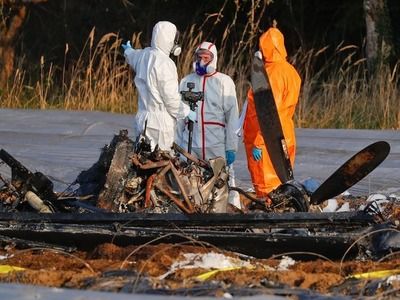 Named the Main Version of the Plane Crash, Which Flew Co-owner of S7

IncidentsTransportAir transportInternational activities
OREANDA-NEWS. The most likely cause of the crash of the Epic LT business jet in Germany, which was transported by the co-owner of the Russian airline S7, Natalia Fileva and her father, is pilot error. It's reported by the source. Initially, the media reported that on board the plane was her husband Vladislav Filev, but these data did not find confirmation, later it became known that Filev was alive.

Experts believe that the pilot of the aircraft Andrei Dykun during landing lowered the speed of Epic LT to a critical point, which led to the stalling of the vessel into a flat spin. “At this moment, the pilot instantly lost control of the aircraft, and its flight, in fact, turned into a crash”,- reports the agency. It is clarified that the crash of a business jet occurred right before landing, when the pilot flew the aircraft, based on the rules of visual flight, and not on the basis of radar control system data. The source noted that this should not be regarded as a violation. In the German police, commenting on the aero incident, they clarified that the board had completely burned down after a collision with the ground. The wreckage of the aircraft was scattered within a radius of 20 meters from the place where he crashed.

The sources also said that Fileva decided to fly the Epic LT, in spite of the more familiar for her jet ship Gulfstream G550, due to the fact that it was necessary to land at a small private airport in German Egelsbach.

Earlier it was reported that the Investigation Committee opened a case after the death of the Russians in a plane crash in Germany. According to the statement, the incident will be investigated by representatives of the international commission in the manner prescribed by the protocol with the participation of the Russian aviation authorities.