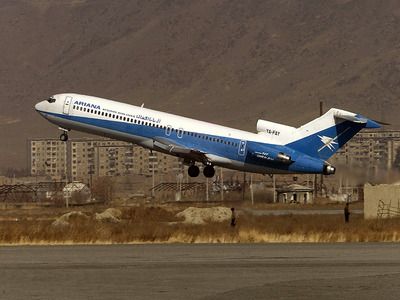 TransportIncidentsAirports, air-traffic controlAir transport
OREANDA-NEWS. The passenger plane of the Afghan airlines (Afghan Airlines) crashed on Monday in the province of Ghazni. This was reported by the Afghan News Agency. As the representative of the provincial governor pointed out, the plane crashed in Dih Yak County.

According to the Afghan television channel, up to 83 people could be on board a passenger plane. The liner, according to preliminary information, was heading from the city of Herat to Kabul. A spokesman for Ghazni’s governor, Afrifa Nuri, told the television station that the experts were heading for the crash site.

The type of the crashed aircraft is still unknown, according to data for August 2019, the Ariana Afghan Airlines fleet included two Airbus A310-300 and two Boeing 737.
Source: OREANDA-NEWS
Материалы по теме: