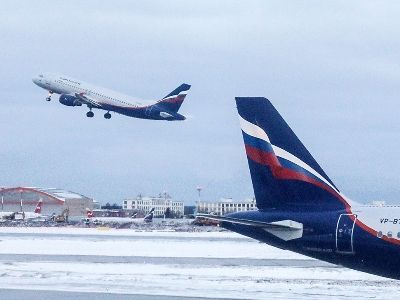 OREANDA-NEWS. The Ministry of Finance of the Russian Federation proposed to abandon US dollars and convert calculations for civil aviation, including payments for the leasing of aircrafts, into roubles.

According to the RBC news agency citing sources, the Ministry came up with such an initiative after a meeting of the Inter-Agency Commission on Security in the Economic and Social Sphere of the Security Council. In cases where settlements in foreign currency are necessary (for example, payment for leasing foreign aircrafts), the Ministry allows payment in euros. In addition, it is proposed to convert into roubles airport tariffs and charges for airport services for foreign airlines, as well as payments for using the airspace of Russia.

The Kommersant newspapers writes that sources in the industry say the idea itself can be realized only if the government proposes a mechanism for its implementation. According to one of the interlocutors, the cabinet of ministers may oblige Russian airlines to pay leasing payments in roubles, but foreign lessors will not do this. It is also difficult to oblige foreign carriers to pay royalties for flights over Russian territory in roubles.

Boeing Representative Assessed the Impact of US Sanctions on Cooperation with a Supplier from RussiaOreanda.ru | 23.12.2020 10:10:31