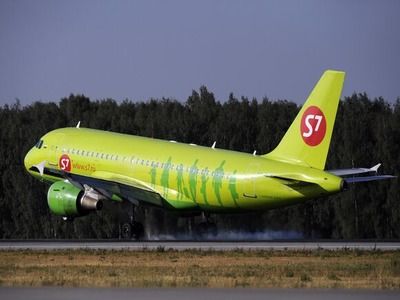 S7 Received Permission to Take out Russians from Tokyo and Bangkok

TransportTourismInternational activitiesAir transport
OREANDA-NEWS. S7 Airlines received permission to export Russian citizens from Tokyo and Bangkok on Tuesday. This is stated in the message of the carrier.

"On April 7, the airline will fly from Tokyo (Haneda Airport) to Vladivostok, as well as from Bangkok to Novosibirsk and Irkutsk", the company said. Earlier Aeroflot reported on the implementation of export flights from Bangkok to Moscow and St. Petersburg.

Air communication between Russia and other countries was discontinued from March 27, with the exception of flights for the export of Russians from abroad. The latter were suspended on April 4 to clarify information about citizens wishing to return, and resumed on April 6, when a total of more than 200 people returned from Bishkek to Yekaterinburg and from Dhaka to Nizhny Novgorod.