St. Petersburg Was Named the Best City for Yacht Tourism. 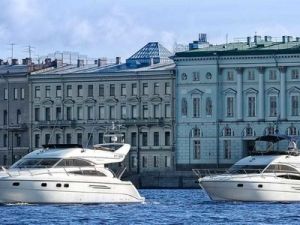 According to the survey, St. Petersburg topped the ranking of Russian cities that are best suited for yachting.

Also in the top 5 most popular cities for yacht tourism and regions included Sochi, Crimea and Sevastopol, Cyprus, France.

The leader of the rating is recognized as the northern capital. For Petersburg voted 27% of reporters. For Sochi - only 17% of the vote, and the Crimea was chosen by 10% of the respondents.