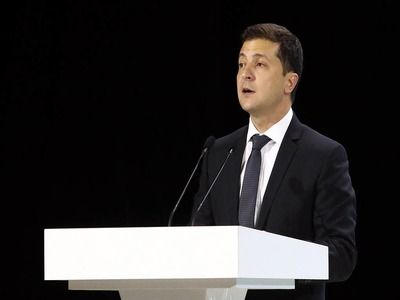 Zelensky Considers Strange the Lack of Air Links with Russia

TransportAirports, air-traffic controlAir transportInterstate relations
OREANDA-NEWS. President of Ukraine Volodymyr Zelensky called a strange situation when trains run to Russia, and direct air communication is interrupted. “I said that I think it’s very strange that the trains run with us, and the planes don't fly. By the way, our companies go bankrupt because of this”, the president said.

Air traffic between the Russian Federation and Kiev ceased in October 2015 at the initiative of the Ukrainian side. Last year, 772.9 thousand passengers were transported by rail to Russia and back, which is almost 20% less than in 2017. However, in the previous year, a significant increase in bus routes was noted between the cities of Russia and Ukraine.

A bus ride is about half the price of a train ride. Under President Petro Poroshenko, the issue of the complete cessation of railway communication with the Russian Federation was considered, despite the fact that, according to Ukrzheldoroga, routes to Russia in 2018 became the most profitable.