Bolshunov's Apology is Accepted by the Finnish Ski Association

Bill Gates has Proposed a Plan to Fight the Next Pandemic 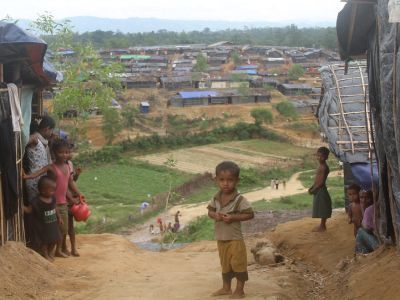 UNICEF and the Ministry of Disaster Management and Relief of Bangladesh agreed that the Bangladesh Armed Forces Division will construct 10,000 latrines in Cox’s Bazar as quickly as possible at a total cost of $1.5 million.

“There are already reports of water-borne diseases from the health centres in the camps,” said Edouard Beigbeder, the UNICEF Representative in Bangladesh, who signed a work plan with Joint Secretary Muhammad Habibul Kabir Chowdhury Wednesday at the Ministry of Disaster Management and Relief.

“Disease outbreak is a real and present danger for the camp dwellers and host population. We immediately need to step up sanitation coverage there,” added Mr. Beigbeder.

UNICEF will contribute financial as well as technical support to the ministry in this public health undertaking, including through it water, sanitation and hygiene sector partners, which will provide locations for each set of 5-rings model latrines.

The latrines, at an estimated cost of $147 each, will also be regularly disinfected through spraying chlorine solution so that these do not become sources of contamination.

UNICEF, the Department of Public Health and Engineering, and water and sanitation sector partners are also implementing an accelerated programme of building latrines for the refugees in the camps in two sub-districts of Cox’s Bazar district.

In related news, on 10 October, UNICEF and its health sector partners launched a massive oral cholera vaccination campaign for 650,000 people in Ukhiya and Teknaf sub-districts of Cox’s Bazar – mobilizing 900,000 doses of cholera vaccines to protect newly arrived Rohingyas and the host community from a cholera outbreak.