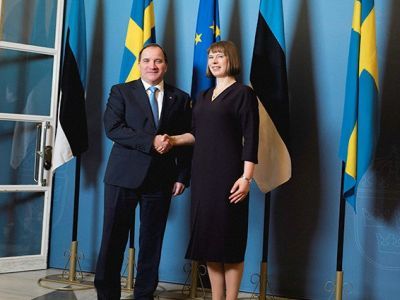 Their talks focused on Estonia’s upcoming presidency of the EU in autumn 2017 and issues that will be dealt with then, including digitalisation and the social agenda. They also discussed the Eastern Partnership, energy issues, and Russia and Ukraine.

During the course of the morning, President Kaljulaid also met Minister for Foreign Affairs Margot Wallström, His Majesty the King and Speaker of the Riksdag Urban Ahlin.