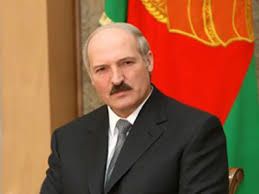 «Belarus is proud of the rich history of philosophical schools. Since ancient times our country has been famous for its thinkers who have made a big contribution to the in-depth scientific research, insight and creativity,» the message of greetings reads.

The head of state remarked that Belarusian culture has made a tangible contribution to shaping the worldview of people while developing in constant dialogue with brotherly nations. Spiritual aspirations of the nation have been embodied in such traditional values for every Belarusian as neighborliness, humanism and social justice. «By promoting them in complicated modern conditions, Belarus has established the repudiation of an island of stability and accord, successfully promotes peaceful initiatives on the international arena,» the president stressed.
Source: President of the Republic of Belarus
Подписывайтесь на наши группы: Instagram | VK | Facebook | Twitter
Rate this article:
Print