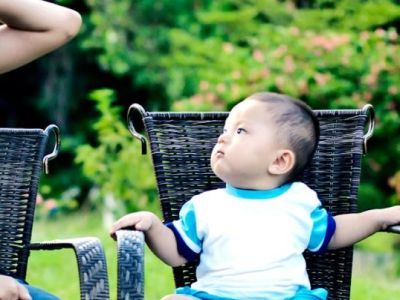 OREANDA-NEWS  Babies raised in homes where they hear one language spoken with different accents recognize words dramatically differently at about 12 months than babies who hear little variation in accent, a new study suggests.

“Variability in children’s language input, what they hear and how they hear it, can have important consequences on word recognition…”

The findings point to the importance of considering the effects of multiple accents when studying speech development and suggest that monolingual infants should not be viewed as a single group.

“This is important if you think about clinical settings where children are tested,” says Marieke van Heugten, an assistant professor in the psychology department at the University at Buffalo and lead author of the study that appears in Journal of the Acoustical Society of America.

“Speech language pathologists [in most of North America] typically work with the local variant of English, but if you have a child growing up in an environment with more than one accent then they might recognize words differently than a child who hears only one accent,” she says.

Although extensive research exists on bilingualism, few studies have taken accents into account when looking at early word recognition in monolingualism.Van Heugten says none have explored the issue of accents in children younger than 18 months, the age when they traditionally develop the ability to recognize pronunciation differences that can occur across identical words.

“Variability in children’s language input, what they hear and how they hear it, can have important consequences on word recognition in young, monolingual children,” she says.

For instance, an American-English speaking parent might call the yellow vehicle that takes children to school a “bus,” while the pronunciation of the same word by an Irish-English speaking parent might sound more like “boss.” The parents are referencing the same object, but because the child hears the word pronounced two ways she needs to learn how to map those different pronunciations to the same object.

For the study, researchers tested children who were seated on the lap of a parent. The children heard words typically known to 12-1/2 month olds, like daddy, mommy, ball, dog, and bath, along with nonsense words, such as dimma, mitty, and guttle.

Head turns by the children, a common procedure used in infant speech perception that signals recognition, determined preference for particular words. A second experiment included children of 14-1/2- and 18-months of age.

Van Heugten says children show a preference for the known words when they recognize words that occur in their language. If they fail to recognize words, there’s no reason for them to express a preference, as on the surface, the known and the nonsense words sound equally exciting with an infant-directed intonation.

The results indicate that children who hear just a single accent prefer to listen to real words in the lab, although those who hear multiple accents don’t have that preference at 12-1/2 months. Researchers found this difference between preference patterns even though they matched the two groups on socioeconomic status as well as the number of words children understand and produce.

Babies connect similar words by listening to what we say

This suggests that both groups of children are learning words at about the same rate, but that hearing multiple accents at home might change how children recognize these words around their first birthday, at least in lab settings. Perhaps children raised in multi-accent environments need more contextual information to recognize words because they do not assume all words will be spoken in the regional accent.

But they no longer have difficulties recognizing these words in this challenging task by the time they’re 18-months-old, according to van Heugten.

“What we’re concluding is that children who hear multiple accents process language differently than those who hear a single accent,” she says. “We should be aware of this difference, and keep in mind as a factor prediction behavior in test settings, especially when testing children from diverse areas in the world.”

“We are excited to carry out additional work in this area, comparing the development of young children growing up in more or less linguistically diverse environments,” adds coauthor Elizabeth K. Johnson, an associate professor of psychology at the University of Toronto.

Babies can learn second language in 1 hour per day

“[This] will help us better understand language acquisition in general, and perhaps help us better diagnose and treat language delays in children growing up in different types of environments,” she says.