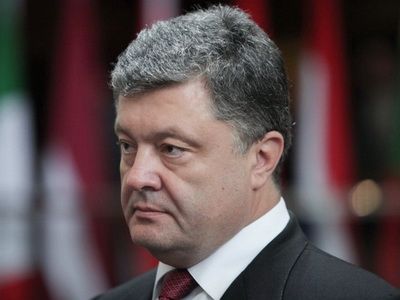 Poroshenko: Every prophet of democratic values is a Kremlin’s enemy

OREANDA-NEWS. President Petro Poroshenko noted that in the course of the negotiations with U.S. Vice President Joseph Biden, the parties had discussed the issue of Russian aggression against Ukraine.

“Ukraine realizes that we are not the only enemy for Moscow. Every prophet of democratic values is a Kremlin’s enemy. That is why the protection of Ukraine today is the protection of the values of the free world,” the Head of State said in the press statement following the negotiations.

“This year marks the third anniversary of Russia’s war against our state. This war has killed ten thousand Ukrainians – civilians and military. This war still lasts today. Over the past three days, more than 250 occasions of shelling of our servicemen have taken place,” Petro Poroshenko said.

The President emphasized that the threat had not disappeared and Russia planned to avoid liability: “Striving compensation for the military failures, it tries to destabilize the internal situation in Ukraine, provoke chaos. It tries to split Transatlantic and European unity”.

The Head of State stressed that “we can oppose those plans by launching the roadmap of the Minsk agreements’ implementation and continuing successful domestic reforms”.