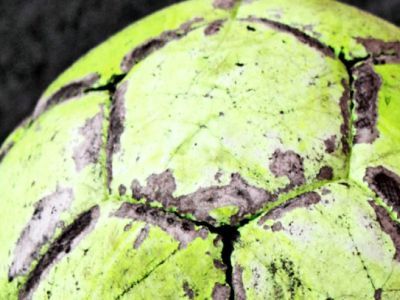 This combo may cause odd patches on Earth’s core

OREANDA-NEWS  Mysterious patches on Earth’s core that dampen seismic waves could be the result of ancient seawater chemically reacting with iron under extreme conditions.

These thin patches of dense rock have confounded scientists for decades. They are located about 1,800 miles (2,900 kilometers) beneath Earth’s surface just above the core-mantle boundary that separates the planet’s molten metal heart from its rocky shell. They stand out from their surroundings because seismic waves generated by earthquakes are slowed down by a tenth to a third of their normal speeds as they sweep across.

Aside from being a scientific anomaly, these dampening zones could also provide insights into other deep Earth processes, says study leader Wendy Mao, an associate professor of geological sciences at Stanford University’s School of Earth, Energy & Environmental Sciences.

The fact that the regions, known as ultra low velocity zones, or ULVZs, occur at the core-mantle boundary is intriguing because it suggests that Earth’s core and mantle interact to a much greater extent than has been previously appreciated.

“There’s also evidence that ULVZs are the origins of molten plumes that feed volcanoes at the surface,” Mao says. “So ULVZs could hint at much greater cycling between the core, mantle, and surface of Earth than we thought.”

Due to their extreme depths, the composition and origins of the zones are a mystery. But in a new study, published in Nature, a team of researchers led by Mao puts forth a new theory to explain how they form.

The mechanism they propose is based on their recent discovery of a new type of oxygen-rich iron compound that forms spontaneously under extreme heat and pressure—conditions like those found in Earth’s lowermost mantle region.

In lab experiments performed at the Argonne National Laboratory in Illinois, Mao’s team compressed slivers of iron foil suspended in pure water to about 90 gigapascals—or about 900,000 times the pressure at sea level—and laser-heated them to 3,000–4,000 degrees Fahrenheit.

The result of this double whammy is a super-oxygenated form of iron that is packed with about a third more oxygen molecules than most oxygen-rich iron oxides that form under surface conditions.

The team went on to show that their compound shares many of the seismic wave-dampening properties exhibited by the low velocity zones.

“The low sound speeds we calculated for our compound match very well what is observed seismically in ULVZs,” says first author Jin Liu, a postdoctoral researcher in Mao’s lab.

What’s more, the oxygen-rich iron the team created in the lab could form just as easily at the core-mantle boundary. “This reaction requires only iron and water,” Mao says. “As long as you have these components and the right temperature and pressure conditions, this compound likes to form.”

In the new study, the scientists propose that seawater, in the form of hydrated minerals on the seafloor, has been carried into the planet’s deep interior over billions of years through a process called subduction, in which one section of the Earth’s crust and upper mantle sinks beneath another.

Only a relatively small amount of subducted water would be needed to explain the zones, the scientists say. “If just one tenth of the mass of water in Earth’s oceans found its way to the core-mantle boundary over geologic time, it would be sufficient,” Liu says.