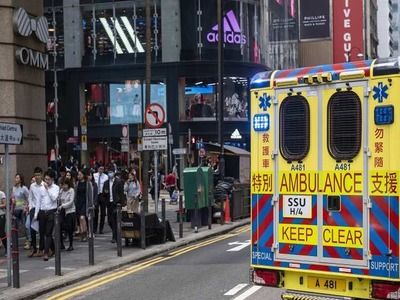 Abe: Tokyo Is Ready to Apply Legislative Measures to Combat a New Type of Pneumonia

WorldPublic healthState services to societyInternational activities
OREANDA-NEWS. The Government of Japan intends to add the new type of pneumonia detected in China to the official list of infectious diseases, which will allow for the hospitalization of infected people in accordance with the law, introduce restrictions on the activities of private and public institutions, carry out disinfection and use budget funds for this purpose. This was announced on Monday by Prime Minister Shinzo Abe, speaking at a meeting of the budget commission of the lower house of parliament.

"Entering a new type of pneumonia in the official registry will make it possible to immediately hospitalize and use public funds for treatment and other measures necessary to prevent the spread of infection", he stressed. The corresponding decision, according to the prime minister, will be executed by the government on Tuesday.

The general secretary of the ruling Liberal Democratic Party, Toshihiro Nikai, confirmed to reporters on Monday that on January 28 a charter airliner would be sent by the Japanese government to the Chinese city of Wuhan, which became the epicenter of a new type of pneumonia outbreak, to transport the country's citizens there.

In total, in the province of Hubei, where this metropolis with a population of more than 11 million people, is located, about 560 Japanese are employed, in particular, in industrial and commercial enterprises jointly with Chinese partners. The charter, Kyodo news agency reports, will fly to Wuhan several times; at the request of the Chinese authorities, it can also deliver various necessary materials there.
Source: OREANDA-NEWS
Материалы по теме:

The Minister of Health of Ukraine Said, that About 600 Cases of Repeated COVID-19 Infections have been Registered in the Country

Elizabeth II did not Block the Law Revealing Her Welfare