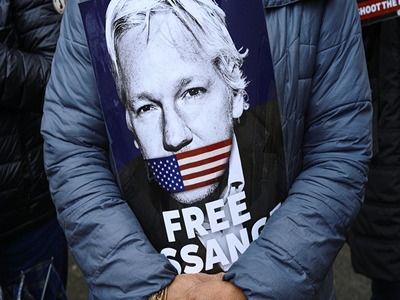 WorldInternational activitiesJusticeInternet media
OREANDA-NEWS. Lawyers for the creator of WikiLeaks, Julian Assange, said the prosecution did not report anything new on Monday. WikiLeaks editor-in-chief Christian Hrafnsson said this to reporters during a lunch break as part of a hearing that began in a London court about the extradition of Assange to the United States.

"Today, the Royal Prosecutor’s Office, speaking on behalf of the US prosecutor’s office, didn't say anything new in court. We only heard what has been repeated over the past ten years. Since 2010, we hear that Assange has put people at risk because of his publication US secret documents.After 10 years, there was no evidence that they had been harmed, on the contrary, in 2013, during the trial of the WikiLeaks informant Chelsea Manning, the Pentagon representative was forced to admit that no one was physically not injured as a result. Ate publications that appeared in 2010-2011 In 2020, they still can not submit to the court any evidence that someone has been harmed", said Hrafnsson.

He promised that in the coming days the Australian defense would present two dozen convincing arguments, each of which, in his opinion, would be enough to stop the extradition process. The United States Department of Justice has filed 18 criminal charges against the Australian, in particular, he is charged with crimes related to the largest ever disclosure of classified information in US history. Together, the accused Assange faces up to 175 years in prison.