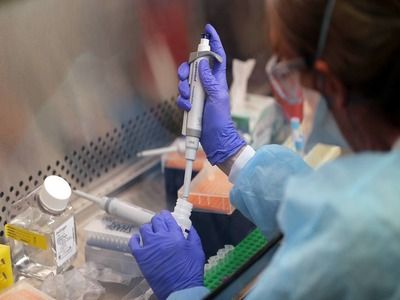 WorldPublic healthInternational activitiesMedicines production
OREANDA-NEWS. A study by Australian scientists proved that the antiparasitic drug ivermectin effectively stops the growth of viral particles in vitro. This was written by the press service of the university, with reference to a publication in the scientific journal Antiviral Research.

The results of a laboratory study conducted at the Royal Hospital of Melbourne showed that the anti-parasitic drug ivermectin stops the growth of the SARS-CoV-2 virus in cell culture for 48 hours. "We found that even a dose of the drug, which is not toxic to cells, can almost completely - by 99.98% - destroy the viral RNA in 48 hours, and significantly reduce the concentration of viruses in the medium in 24 hours", said lead author of the study, Dr. Kylie Wagstaff from the MU School of Biomedicine.

Researchers note that the mechanism by which ivermectin acts on the virus is unknown. Presumably, the effectiveness of the drug is based on its ability to suppress the effect of the virus on cellular immunity.
Source: OREANDA-NEWS
Материалы по теме: