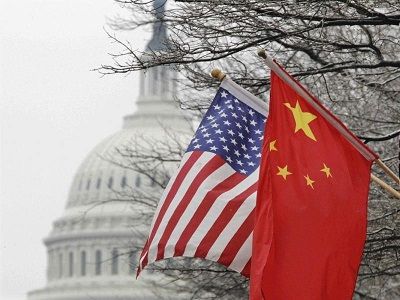 China Responds to US Trade Barriers: 25% Tariffs' on American Goods

OREANDA-NEWS China will impose duties on goods at $ 16 billion. New barriers begin on August, 23.  The US and China are rapidly rolling towards a fight.


This will happen simultaneously with the introduction by Washington of 25% duty on Chinese exports. The Department said that such decision is forced mirror measure. "Washington has again put its domestic laws above the norms of international law, these are completely unreasonable actions," the Ministry stated.


Robert Lighthizer  - the U.S. trade representative – published a list of Chinese goods to $ 16 billion a year, which is subject of a 25% fee. This is the second part of the duties. The first list included goods from China worth $ 34 billion a year. It entered into force on 6 July.


The first list included agricultural products, cars and water products. In the second list of 141 items — products of chemical and energy industry, medical equipment. However, judging by the document published on the Ministry of Finance website, the list includes 333 items.

Early, in April, the United States published a list of 1.3 thousand Chinese goods against which import duties may be imposed in response to China's violation of intellectual property rights over American products.


In turn, the state Council of China decided to introduce duties in the amount of 25% on 106 items imported from the States.

In may, the parties agreed that they would not wage a trade war and would stop applying mutual duties. However,  China and the United States failed to reach an agreement and Washington announced new charges. In mid-June, the US imposed a 25 percent duty on goods from China, affecting about a tenth of China's imports to America. The new charges affected imports of Chinese goods, which contain industrially significant technologies, worth $ 50 billion.


China responded in a mirrored manner and imposed a 25 percent import duty on 659 US imported items worth $ 50 billion.


Later, Trump threatened Beijing with duties on all Chinese goods entering the US.