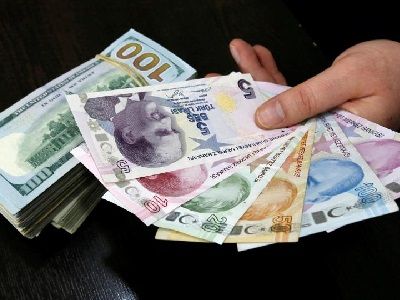 Economists: Global Crisis Will Begin with the Fall of Turkish Lira

OREANDA-NEWS On Tuesday, August 14, several national currencies of the world's major economies followed the example of the Turkish Lira, whose rate to the US dollar had fallen to historical lows. Al Jazeera TV channel reports about it today.

The Indian Rupee has reached an unprecedented low level to the US dollar. The South African Rand and the Argentine Peso have also felt significantly.

Economists fear that the current currency crisis in Turkey will hurt the stability of the global financial system, said "al-Jazeera".

Meanwhile, according to Wednesday morning (August, 15), the Turkish Lira continued trend to restore its position to the US dollar. From the level of 7.24 for $ 1, recorded last Friday, August 10, the national currency of Turkey is trading around 6,43-6,45.

Berat Albayrak - the Turkish Finance Minister - confirmed the plans of the government to take urgent measures to support the monetary system of the country. US sanctions against Turkey caused the collapse of the Turkish Lira, and then - other currencies of emerging markets, especially Latin America. Brazilian Real, Mexican, Chilean and Colombian Pesos fell.

The central bank is under pressure to increase borrowing costs – despite Erdoğan’s misgivings – as a countermeasure against rising inflation and capital flight. However, some economists warn this could also push Turkey into a recession.

Russian Ruble, which sank to two-year lows amid US sanctions, was under double pressure. Analysts do not exclude: the currency crisis in Turkey will cover emerging markets and eventually lead to a global financial crisis. Now, according to economists, the threat is posed by Turkey and Argentina — the largest countries with the highest current account deficit and a large external debt.

"The fall of the Lira is a clear and planned attack carried out by the largest player in the financial system," said the country's Finance Minister Berat Albayrak. The lira has tumbled more than 40% this year on worries about Erdoğan’s increasing control over the economy and worsening relations with the US, chiefly over the war in Syria.