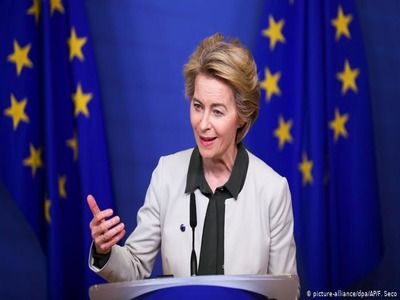 European Commissioner: Collapse of Economy of One of EU Countries Will Lead to Collapse of the Europe

WorldState financeInternational activitiesMinistries and departments
OREANDA-NEWS. The collapse of the economy of one of the European countries will provoke an economic collapse throughout Europe. This opinion was expressed on Monday by European Commissioner for Domestic Market Thierry Breton, speaking on the air of the European television channel.

"If the economy of one country falls, then the whole of Europe will fail", said the European Commissioner. "The principle of" each for himself "will not work, because we are a fully integrated economy within the European Union". Breton also noted that no country "can afford to finance recovery plans alone".

He said earlier that the EU would lose 2.5-3% of GDP in a month of self-isolation of citizens in the context of the spread of coronavirus. According to the latest data, around 1.3 million people have been infected with the coronavirus in the world, and about 70 thousand deaths have been recorded.