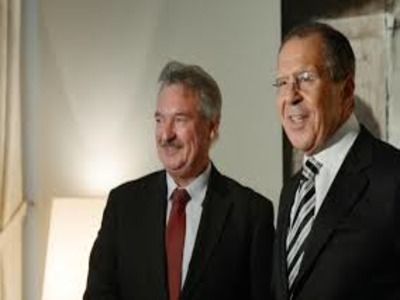 Lavrov and Foreign Minister of Luxembourg Will Discuss the Development of Cooperation, Syria and Ukraine

WorldMinistries and departmentsInterstate relationsEvents
OREANDA-NEWS. Russian Foreign Minister Sergei Lavrov will hold talks on Friday with Luxembourg Foreign Minister Jean Asselborn, who is on a working visit in Moscow these days.

As the Russian diplomacy noted ahead of the meeting, relations between Moscow and Luxembourg are characterized by a constructive, pragmatic attitude and mutual interest in developing dialogue. That is why one of the central topics of the negotiations will be the consideration of practical steps to enhance bilateral cooperation, which covers a number of areas - from economics and investment to culture, science and education.

The international agenda will not be left without attention. According to the official representative of the Russian Foreign Ministry Maria Zakharova, Lavrov and Asselborn will discuss the state of affairs on the European continent, the problems of maintaining stability in the world and key regional topics, including Syria, Libya and Ukraine.

As noted in the Russian Foreign Ministry, Luxembourg remains one of the largest investors in the Russian economy and an important trade and economic partner.
Source: OREANDA-NEWS
Материалы по теме: