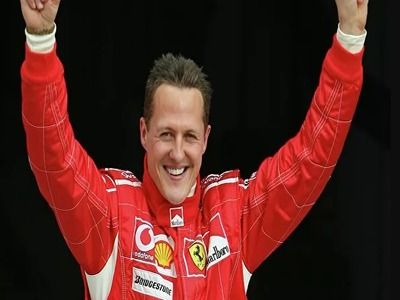 Media: Schumacher Is Conscious in a Paris Hospital

WorldIncidentsPublic healthSport
OREANDA-NEWS. The German Formula One racing driver Michael Schumacher is conscious at the Georges Pompidou Hospital in Paris. This was reported on Wednesday by the French newspaper. According to the publication, the rider is in the cardiology department. There is no exact information about his state of health. On Monday, information appeared about the transfer of Schumacher to a Paris hospital from Switzerland. Schumacher is treated by 69-year-old professor Philippe Menache.

According to the source, Schumacher was already brought to this hospital twice in the spring. In the near future, “the latest treatment methods” developed by Menashe will be applied for his rehabilitation. He is one of the developers of cell therapy methods for the treatment of heart failure. At the same time, he is known as a specialist in the treatment of brain injuries, in 2014 he performed the world's first transplant of young heart cells to a woman suffering from heart failure.

Schumacher most often became the champion of Formula 1 (seven times), also on his account records in the number of victories in the stages (91 times), podiums (155 times), victories in the stages for one season (13 times) and championship titles in a row (Five times). In December 2013, Schumacher was seriously injured in a fall while skiing in French Meribel. The driver received a head injury with multiple injuries to both hemispheres of the brain and hemorrhage. Since September 2014, Schumacher underwent restoration at his Swiss villa, located on the shores of Lake Geneva.

In June 2014, Schumacher was removed from a coma and transferred from intensive care to rehabilitation, which he undergoes at his home in Switzerland. Since then, no official information about the health status of the seven-time world champion has been reported. The family of the famous racer decided not to disclose any details about how the athlete's recovery is going. Only relatives and closest friends can visit Michael, who respect the decision of the family and also don't talk about his health.