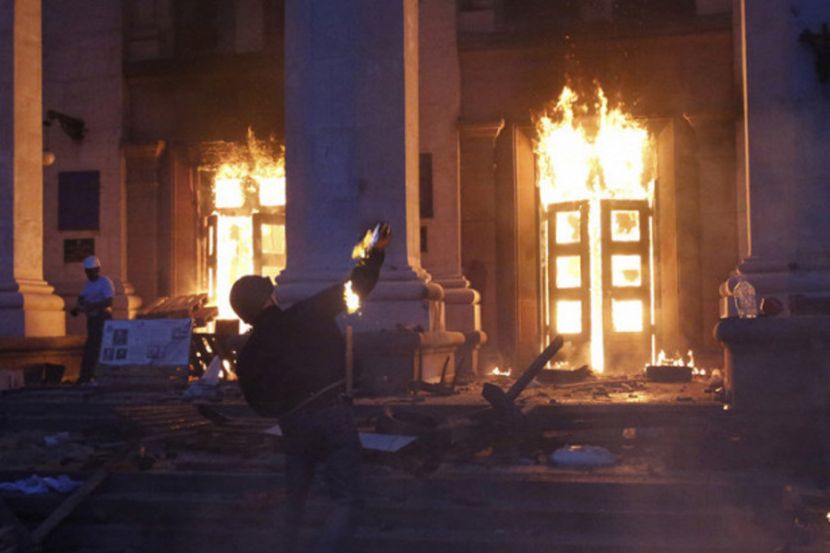 WorldIncidentsMinistries and departmentsInterstate relations
OREANDA-NEWS. The Ministry of Foreign Affairs of Ukraine groundlessly accused Russia of involvement in the tragedy at the Odessa House of Trade Unions on May 2, 2014, instead of punishing the real organizers and executors of the destruction of dozens of people. Such a comment was given to a Russian media correspondent in the press service of the Russian Embassy in Ukraine on Sunday.

Russian diplomats believe that the statement of Ukrainian colleagues about the Russian footprint in the events of May 2, 2014 cannot be taken seriously.

On the eve of the President of Ukraine Vladimir Zelensky on the sixth anniversary of the tragedy in the Odessa House of Trade Unions expressed his condolences to the families of the victims, and also called it one of the "painful issues" of Ukrainian history, which requires an honest answer to the question of who is to blame for what happened. Zelensky emphasized that the state should "do everything to ensure an effective and impartial investigation of all the circumstances of a terrible day".

In September 2019, the State Bureau of Investigation of Ukraine in connection with the events in Odessa opened a case against the former Speaker of the Parliament, Andrei Parubiy.
Source: OREANDA-NEWS
Другие новости: