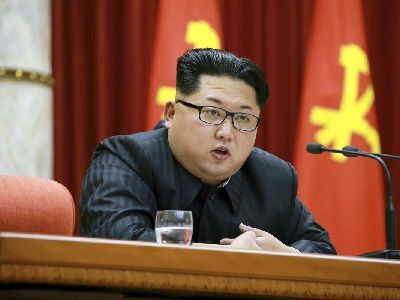 The New President of Interpol is Kim Jong Yang

OREANDA-NEWS Kim Jong-Yang was elected President of Interpol for a two-year term at the 87th Interpol General Assembly in Dubai. "Our world is experiencing unprecedented changes that pose great challenges to public security. To cope with them, we need a clear vision: we must build a bridge to the future," said the new President, whose words are quoted by the press service of the organization.

The main contender for the post of head of Interpol was considered Russian Alexander Prokopchuk. The United States openly opposed this candidacy, while supporting Kim Jong-Yang: "we call on all countries and organizations to choose an honest and credible leader who will represent one of the most important international law enforcement agencies. We believe Kim Jong-Yang will be the right leader." Moreover, Senator Mark Rubio made attempts through the Ministry of Justice and the state Department to directly agitate Interpol member countries against the election of Russian Alexander Prokopchuk as President.

Kim Jong Yang was born on October 30, 1961 in the city of Changwon, the administrative center of the province of Gyeongsangnam-do. He graduated from the prestigious private University of the Cortex in Seoul, as well as the Higher school of public administration Seoul national University and the Higher school of police of the University of Door. He joined the Ministry of transport in 1985 and became a police officer in 1992.

In addition, in 2011 he was Director of the foreign Affairs Bureau of the National police Agency, and in 2013-2014 he was the Agency's planning coordinator.

Since 2012, Kim Jong-Yang joined the Executive Committee of Interpol, and three years later became senior Vice President of the organization. After the resignation of Moon Jae-In Korean became acting President of Interpol.

His term as President of Interpol is limited to two years (until 2020).

South Korean President Moon Jae-In welcomed the election of his compatriot as head of Interpol. The candidacy of Kim Jong-Yang was supported in London. "His clear victory was won, despite all the efforts of Russia," said British interior Minister Sajid Javid.

However, Russia believes that Kim Jong-Yang was elected head of the organization "contrary to all expectations, the principle of rotation and the logic of the process." Chairman of the state Duma Committee on international Affairs Leonid Slutsky does not exclude that Russia's opponents had some influence and interfered in the voting process in the election of the head of Interpol.

Nevertheless, Prokopchuk will continue to work as Vice-President of Interpol from Europe — "his work, as before, will focus on strengthening the position of Interpol in the international police community and improving the effectiveness of the organization."