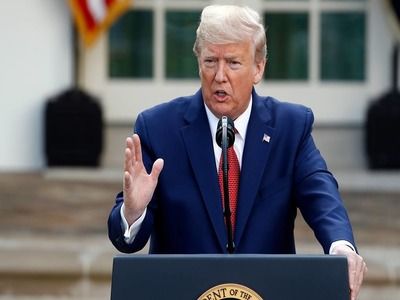 Trump: China Does not Send Defective Medical Equipment to the United States

WorldInternational activitiesPublic healthEvents
OREANDA-NEWS. US President Donald Trump is convinced that China does not send unusable medical equipment to the United States, including mechanical ventilation devices needed for those infected with coronavirus. The head of state said this at a briefing at the White House on Sunday.

Trump was asked to comment on the publication that during the inspection, part of the personal protective equipment of Chinese manufacture is defective. "They do not send defective goods to the United States", the American president replied. He recommended that journalists check their information more carefully and admitted that it was a matter of deliveries from China to Spain and other countries, but not to the United States.

The Governor of New York, Andrew Cuomo, said on Saturday that China had donated 1,000 ventilation machines to this state. Cuomo expressed gratitude for the assistance provided to the Consulate General of China in the United States, the founders of the technology company Alibaba, Jack Ma and Joseph Tsai. According to the governor, another 140 ventilators will come from Oregon.
Source: OREANDA-NEWS
Другие новости: