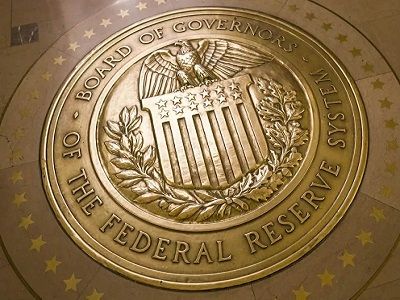 US Federal Reserve Raises Base Interest Rate to 2.25%

OREANDA-NEWS According to the results of the meeting on September 25-26,the US Federal reserve raised the base interest rate to 2-2.25% per annum from 1.75-2% per annum. This is stated in the press release of the financial regulator.

At the same time, the Fed noted the continued strengthening of the employment market and high growth rates of economic activity in the United States.

The regulator also positively assessed the active growth of household spending and investment in fixed assets.

The Federal reserve believes that the inflation rate is near the target of 2%. In addition, good labour market conditions and sustained growth in economic activity make it possible to continue raising interest rates. At the same time, the Fed in its message refused to refer to its monetary policy as "stimulating".

The head of the regulator Jerome Powell said that the situation on the stock markets and investor confidence can damage the US trade war.

"The first thing I want to say is that we are not responsible for trade policy. Yes, we hear about the concern of business across the country, about the rupture of trade chains," he said.

Powell noted that if the effect is noticeable in the future, it will be possible to talk about a reduction in the rate.

"But it is difficult to say exactly how we will behave until we see the real numbers," he said.

Management of monetary circulation of Hong Kong (HKMA), which perform the functions of the Central Bank, announced raising the basic interest rate by 25 basis points to 2.5% per annum. This decision followed a similar step in the US.