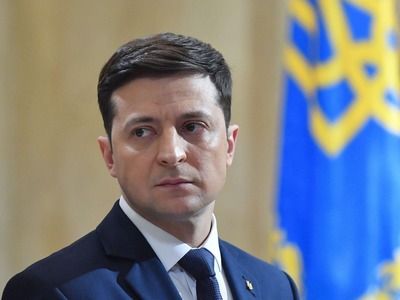 OREANDA-NEWS President of Ukraine Vladimir Zelensky appealed to the Russian leader Vladimir Putin with a call to release the Ukrainian sailors detained in the Kerch Strait in late November 2018.

He stated this at a briefing in Kiev on Thursday, June 27.

Speaking of sailors, Zelensky asked Putin to return the children to their parents.

At the same time, the President of Ukraine switched to Russian.

Recall, on June 22, the United Nations International Tribunal for the Law of the Sea decided that Russia should release the sailors and transfer the three confiscated vessels to Kiev. Moscow refused.