Zelensky Was Offered a Plan for Recognizing Crimea as Russian 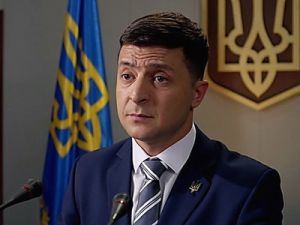 OREANDA-NEWS Member of the Federation Council Committee on Foreign Affairs, Crimean region Senator Sergei Tsekov suggested that the Ukrainian authorities develop a plan for the phased recognition of Crimea as part of Russia.

According to the senator, Zelensky perceives the peninsula “as a piece of territory without a population”, and at the same time does not want to admit that Crimea has returned to Russia legally.

“There are no options for the return of Crimea to Ukraine. It is difficult for Zelensky and his entourage to immediately recognize the Russian status of Crimea, despite the inevitability of this process, as this will cause a certain reaction. Therefore, he needs to seek compromise options, ”RIA Novosti quoted the senator as saying.

He noted that recognition of this territory as part of Russia will improve relations between states, and Ukraine will be able to fully develop and become a real civilized state.