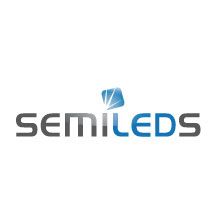 OREANDA-NEWS. SemiLEDs Corporation (NASDAQ:LEDS), "SemiLEDs" or the "Company," a developer and manufacturer of LED chips and LED components, today announced its financial results for the first quarter of fiscal year 2017, ended November 30, 2016.

This press release contains statements that may constitute "forward-looking" statements within the meaning of Section 27A of the Securities Act of 1933, as amended, and Section 21E of the Securities Exchange Act of 1934, as amended, and as defined in the U.S. Private Securities Litigation Reform Act of 1995. All statements other than statements of historical fact could be deemed forward-looking, including, but not limited to, any projection of future revenues, any statements about historical results that may suggest trends for SemiLEDs' business; any statements of the plans, strategies and objectives of management for future operations; any statements of expectation or belief regarding recovery of the LED industry, market opportunities and other future events or technology developments; any statements regarding SemiLEDs' position to capitalize on any market opportunities; and any statements of assumptions underlying any of the foregoing. These forward-looking statements are based on current expectations, estimates, forecasts and projections of future SemiLEDs' or industry performance based on management's judgment, beliefs, current trends and market conditions and involve risks and uncertainties that may cause actual results to differ materially from those contained in the forward-looking statements. SemiLEDs' Annual Report on Form 10-K filed with the Securities and Exchange Commission (the "SEC") and other SemiLEDs filings with the SEC (which you may obtain for free at the SEC's website at http://www.sec.gov) discuss some of the important risks and other factors that may affect SemiLEDs' business, results of operations and financial condition. SemiLEDs undertakes no intent or obligation to publicly update or revise any of these forward looking statements, whether as a result of new information, future events or otherwise, except as required by law.

Close window | Back to top