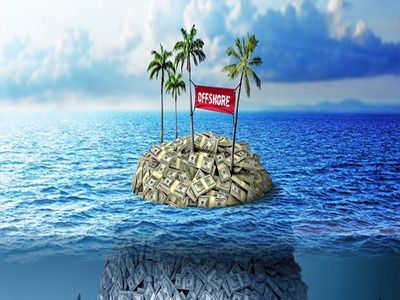 FinancesFinance accounting and auditInvestmentInternational activities
OREANDA-NEWS.At the end of 2018, Russia spent $ 10.3 billion more direct investment from Russia back than it came from Cyprus to Russia, according to the data of the Central Bank published this week. The negative balance of operations was the largest in 12 years of calculations in all countries of the world.

The net outflow of investments from Cyprus is primarily due to the reduction in participation in the capital of Russian companies. For the entire last year, it amounted to $ 13.9 billion, which was a record for three years of calculations. Partially, the general statistics on Cyprus investments supported the reinvestment of income from Cyprus (another component of the investment), which showed a net inflow of $ 5 billion. But the third component - the purchase of debt instruments for Cypriot money - turned out to be lower than the sale. Negative balance reached $ 1.4 billion.

Traditionally, investments from Cyprus and other offshore companies in Russia are financed by money of Russian origin. Last week, analysts of the Central Bank wrote about the reduction of foreign direct investment in Russia and the outflow of investments from Cyprus. They attribute the reduction in capital and debt instruments to the fact that less and less money has been returned to offshore companies to return to Russia.

For example, the authors of a review of the Central Bank explained that when Russians made deals through companies set up for a specific purpose in offshore areas like Cyprus, the inflow and outflow of investments was approximately comparable, therefore the balance hardly changes. But now they fix a much larger reduction in inflow to Russia than outflow. In general, the positive balance of investments in Russia last year amounted to $ 8.8 billion - more than three times less than a year earlier. According to analysts of the Central Bank, this is also due to the slowdown in the rate of return of Russian capital from offshore zones.