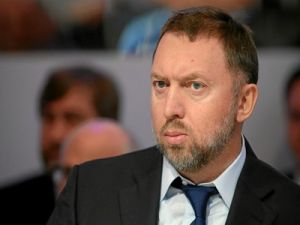 OREANDA-NEWS. The recognition by the Arbitration Court of the Krasnodar Territory of the inaccurate publications of a number of Western media about Oleg Deripaska, which he disputes in the Kuban, could be an argument when considering a businessman’s lawsuit against the U.S. Treasury Department to lift personal sanctions. According to the results of the preliminary hearing on the lawsuit in the Kuban, the lawyer of Deripaska Alexey Melnikov told reporters.

The Arbitration Court of the Krasnodar Territory on Friday, October 11, held a preliminary hearing on the lawsuit filed by businessman Oleg Deripaska about protecting his business reputation with the British publications The Telegraph and The Times, as well as with the American weekly newspaper The Nation.

“The first basis for dealing with this lawsuit is a lawsuit in the United States, where a special organization called the Foreign Assets Control Authority included Oleg Vladimirovich Deripaska in the list of sub-sanctions with which US citizens and US companies are prohibited from entering into transactions. This is a terrible decision, it’s precisely politically motivated, and not legally justified".