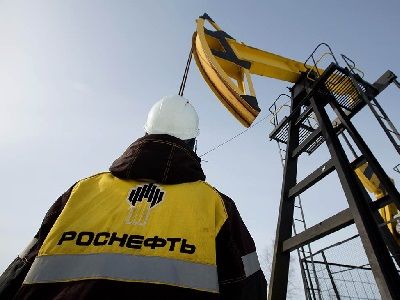 OREANDA-NEWS   In the first half of 2018, Rosneft increased its net profit under international financial reporting standards by 3.4 times, to 451 billion rubles, the company reported.

The company reduced the total volume of long-term trade prepayments and net financial debt by $12 billion, said the head of Rosneft Igor Sechin. "Consistently moving towards this goal [to reduce the debt burden], the company ahead of schedule implemented the plans announced in May this year to reduce the debt burden and reduce working capital. Since the beginning of the year, we have managed to reduce the total volume of long - term trade prepayments and net financial debt in dollar terms by $12 billion," the press service of Sechin quotes.

The company's materials note that the short - term part of financial liabilities decreased by 11.5% in the third quarter - from $14.5 to $12.9 billion, mainly due to their planned repayment and partial refinancing with long-term debt instruments. The value of net debt / EBITDA in dollar terms decreased by 39% from the beginning of the year to 1.3 x at the end of the reporting period.

Sechin noted that "the company faces serious market challenges, including high volatility of oil prices, uncertainty about the growth prospects of the world economy in 2019, the growth of market interest rates (including Russia), as well as new approaches to the regulation of prices for petroleum products in the domestic market."

"In these difficult conditions, the strategic objective of the company is to increase cash flow and reduce the debt burden... The short-term priority in the form of organic growth and monetization of synergies from the integration of acquired assets remains unchanged. In the future, we also plan to focus on cost control, careful selection of investment projects and generation of free cash flow in order to further reduce the debt burden," he added.

The company noted that the growth of production in the third quarter was achieved mainly due to the increase in the capacity of the Zohr project on the shelf of Egypt, as well as the growth of associated gas production due to the easing of restrictions on oil production under the OPEC+agreement.