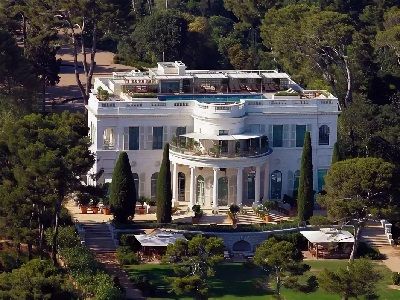 OREANDA-NEWS  The Supreme court of France ordered the Russian billionaire Roman Abramovich to pay 1.2 million euros of taxes for his mansion Chateau de La CROs in the South.

As Bloomberg reported, the court dismissed the claim of Abramovich to the French tax authorities, in which he referred to the fact that the tax claims about the property at Cape Antibes were not delivered to him personally.

According to the French tax authorities, the Russian billionaire understated the value of the Villa purchased in 2004 and underpaid property tax in 2006-2007 in the amount of 1.2 million euros. The tax service estimated the value of the house at about 41 thousand euros per square meter, based on sales data of similar mansions in the neighborhood at the time.

The Villa is located on the top of the Cape, on a plot of 7.5 hectares and has panoramic sea views. The area of the main house and the guest pavilion is 2.4 thousand square meters.

It was built in the late 1920s. The mansion is known as the residence of several crowned persons. At various times, British king Edward VIII, British king Leopold III, king of Egypt and Sudan Farouk I, the last Queen of Italy Maria Jose of Belgium lived there.

In the 1950s, the Villa was owned by Greek magnate Aristotle Onassis, and then it went to his competitor in the shipping business Stavros Niarchos. In the 70s, the house was damaged by fire and remained abandoned for about 30 years, until Abramovich bought it.

As Bloomberg points out, the plaintiff's side tried to prove in court that the French authorities overestimated the estimated value of the mansion, comparing it with luxury homes in more expensive places.

In addition, Abramovich had previously unsuccessfully tried to convince French justice that the cost of repairing the house, amounting to a total of € 150 million, had not been properly taken into account in assessing his property on the Cote d'Azur and the amount of taxes to be paid.

In both cases, the French courts did not consider the plaintiff's arguments convincing and upheld the claims of the tax authorities.